The DT5550W is a development and DAQ platform with programmable FPGA designed to read out Weeroc ASICs. The DT5550W can be used either as evaluation system for WeeROC ASICs, either as full featured Acquisition System supporting a wide range of SiPM detectors.

The full system is composed by two boards: a motherboard with an FPGA, USB 3.0 connectivity, power supply and ADCs, and a replaceable piggyback board that hosts 1,2 or 4 Weeroc ASICs, detector connectors and high voltage power supply (if using SiPMs).

The DT5550W has an onboard 14-bit 80 MS/s simultaneous sampling ADC, to monitor and acquire the analog outputs of the ASICs.

A default firmware is provided for each supported piggyback board, allowing the user to read-out the ASICs and perform energy and time measurements with the supported detectors.

The DT5550W includes the license for SCI-Compiler, a graphic tool for Windows which allows the user to realize a custom readout logic for the available ASICs. This tool allows to generate the VHDL firmware code starting only from graphical blocks which can be connected together in the GUI, thus reducing the development time also for non-expert firmware designers.

The Windows software is available for free and distributed in open source format. The software is written in VB.NET 2015 and it is very easy to costumize.

The software is able to configure and readout two PetiROC ASICs.
The intuitive GUI allows the user to: 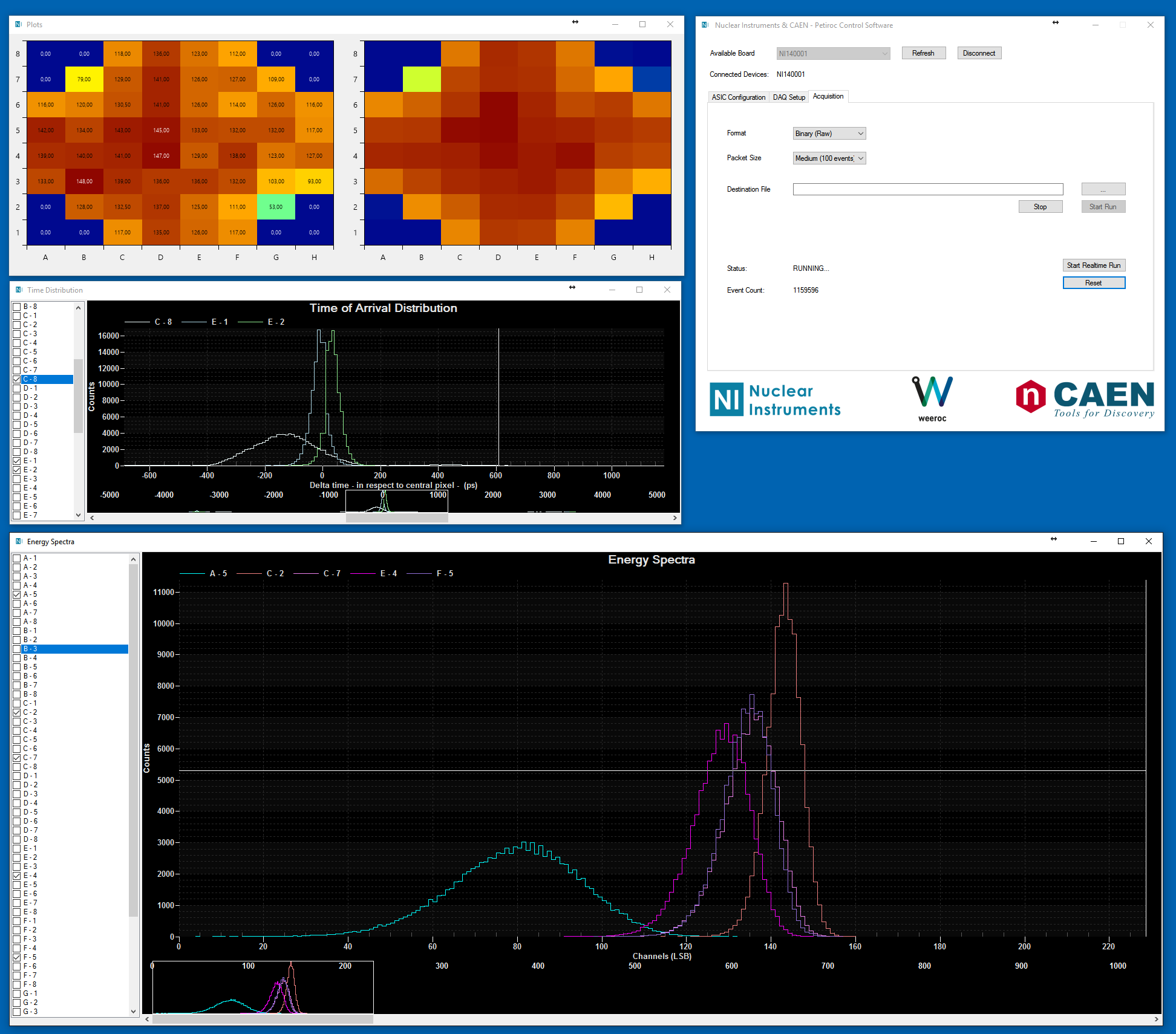 This product is sold with CAEN