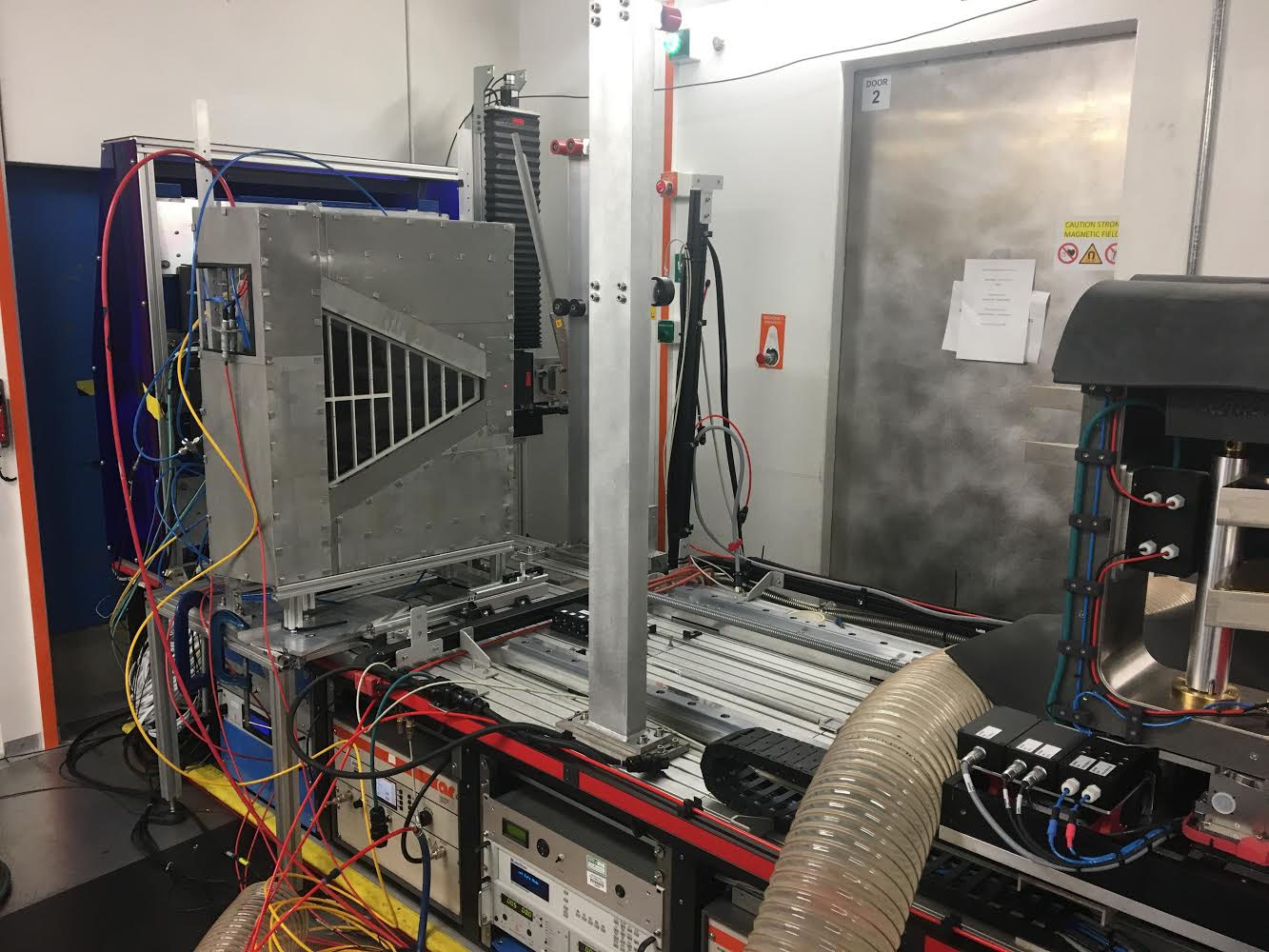 New high count rate and large area detectors are needed for future experiments. The GEM technique is well established for charged particle measurements for high energy physics applications. GEMs combines good spatial resolution, very high rate capability and can cover large areas. In this contribution, we present the design of the electronic readout system for a neutron detector based on a triple GEM detector. The same electronics ca be easy used with any GEM based detector. The DAQ system has been developed as a modular net of several front-end boards designed to readout multiple detector modules like in small angle neutron scatter experiments (SANS) where a large area detection system is required. The instrument is able to measure the position of interaction, the time of flight and the charge released by the interaction; the digital system reconstructs the hit map, the time resolved image (wavelength resolved, when used for neutron detection), the time of flight spectrum, and the energy spectrum. The charge information is used to increase the resolution of the image exploiting the center of mass technique. The GEM detector produces a very small charge pulse on each pad. This small charge is amplified by a charge sensing amplifier, shaped and then converted in digital signal using a leading-edge comparator. In order to reduce the size of the front-end a dedicated ASIC (called GEMINI) has been designed. The large number of TDC per FPGA (64 for the time of flight and 64 for the time over threshold) required the development of a very simple and compact structure for accurate time measurement. The SERDES blocks of the Kintex 7 FPGA have been exploited in order to improve the fine resolution down to 0.5ns. The detector and the readout system has been tested with X-ray and neutrons demonstrating to be able to reconstruct in real-time the date and to operate with a neutron flux of more than 50 million of particle per second per inch2. In particular the detector and the readout system successfully collected and reconstructed wavelength resolved images from several neutron scattering samples. 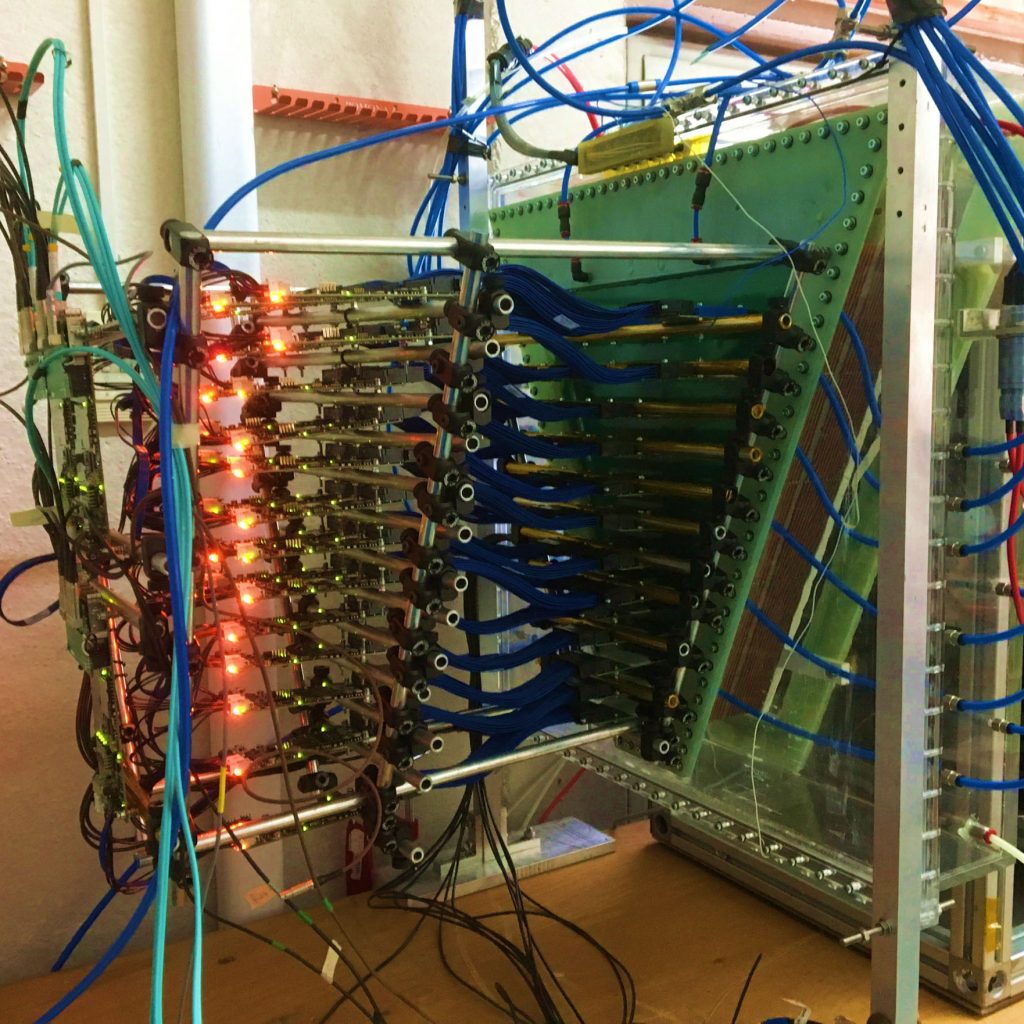 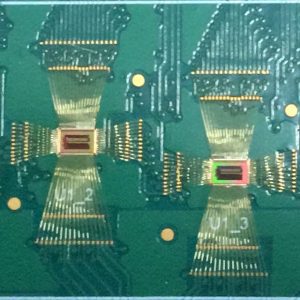 The GEM detector produces a very small charge pulse on each pad. This small charge is amplified by a charge sensing amplifier, shaped and then converted in digital signal using a leading-edge comparator. In order to reduce the size of the front-end a dedicated ASIC (called GEMINI) has been designed. The GEMINI ASIC has been developed by the Microelectronic Group at University of Milano-Bicocca in collaboration with the IFP-CNR and the LNF INFN institutions. It has been thought to be dedicated to Triple GEM detector structures, but it can easily be re-adapted for detectors with similar performance. It is made of 16 detecting channels, each including a Charge Sensitive Preamplifier (CSP) with auto-tuned feedback capacitor and a Discriminator with a channel independent programmable threshold. The comparator programmable threshold is realized through the inclusion of a 9-bit R-2R Ladder DAC, with 1.2 mV LSB and 500 mV (or externally set) full-scale. The 9-bit threshold digital word can be set through an on-chip I2C interface, with dedicated registers. Two output signals for each channel are generated. The main output is digital. In fact, an LVDS signal is available for event counting rate up to 5 Mcps. In addition, making off-chip spectroscopy measures or checking the detector signal is possible via the analog CSP output. 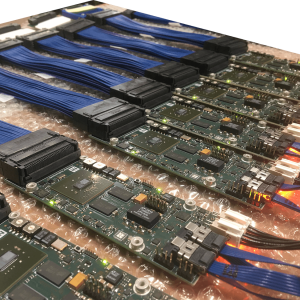 A 64 channels FPGA based readout board converts the outputs of digital ASICs in timing information. A TDC is used to measure the time of arrival with respect to a T0 signal. Each board can be daisy chained to another one in order to extend the readout system in very large area detector. The TDC has been developped to minimized the area occupied in the FPGA. It use a syncronous structure and operate with a coarse at 500 MHz and 4 clocks 90 each one out of fase. Sampling the input signal with this clocks the resolution is increased to 0.5ns All channel produce the Time of Flight (delta T in respesct of T0) and Time over Threshold information. The Time over Threshold information sis used as cheap source of the charge information. The FPGA integrate an advanced switch structure that multiplex data from TDCs and from upstream source in the daisy chain in the downstream channel. The multiplexer automatically allocate the bandwidth per channel in function of the amount of traffic generated 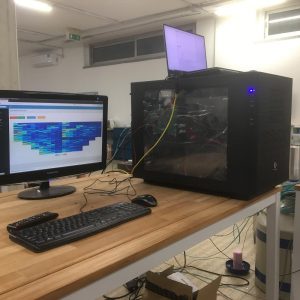 An innovative readout system has been developed to readout data from multiple chain. Twenty-three boards, for a total of 1450 channels, have been connected together in multiple daisy chains. In order to readout at very high speed the large trapezoidal shape detector (active area of 860 cm2), the boards have been organized in three separate chains, each one connected with a 10 Gbps link to the DAQ system. The DAQ system consists in a Linux server with a custom FPGA based PCIE 8x gen3 board. In order to sustain very high rate, real-time data processing is performed on-line using an FPGA based co-processor. The DAQ operates at the same time in live processing mode and in raw list mode. In list mode, events are stored on a RAID array of solid state disk. Up to 300Mevents/s can be processed and stored in real-time with almost zero deadtime. A web-based administration interface has been developed in order to be able to operate the detector from multiple and remote control stations.

Images of biological scattering samples resolved in neutron time of flight has been successfully colleted in a SANS experiment. 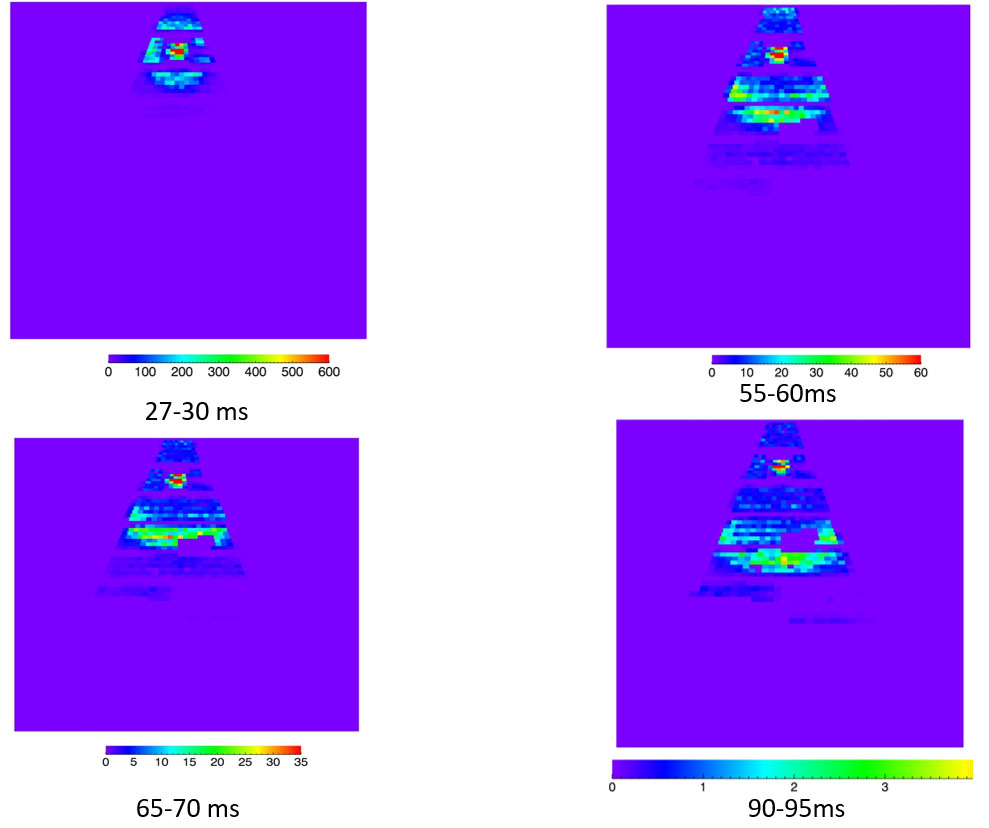 AN-002 Design a Fixed Threshold Discriminator with SciCompiler 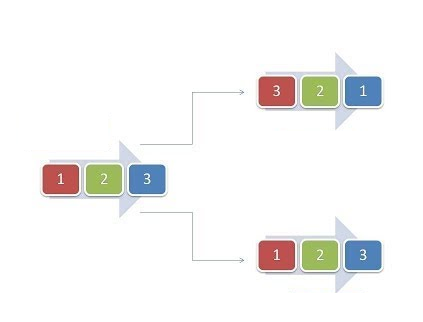 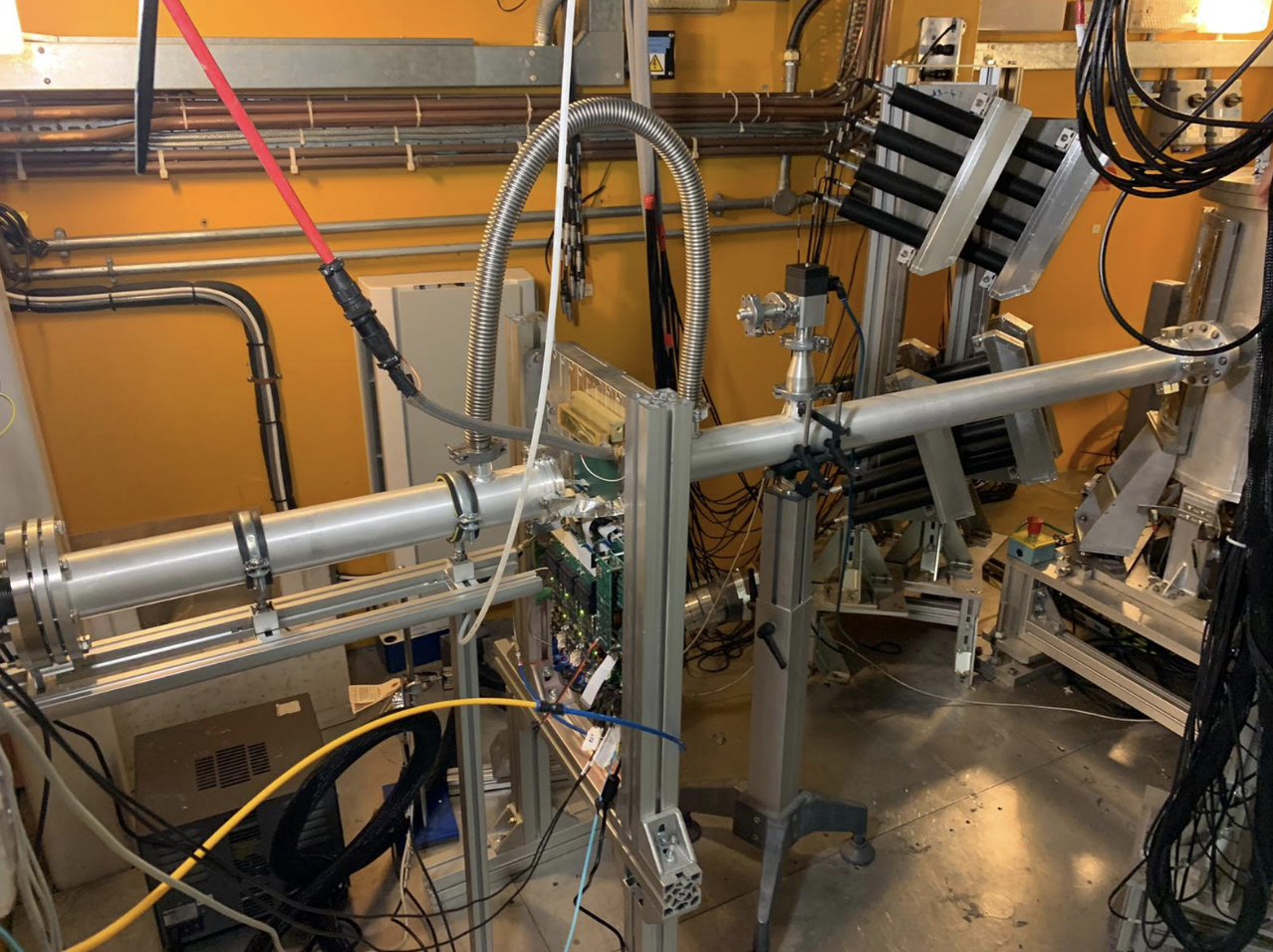 GEM detector readout system for transmission measurements at the VESUVIO instrument at ISIS. 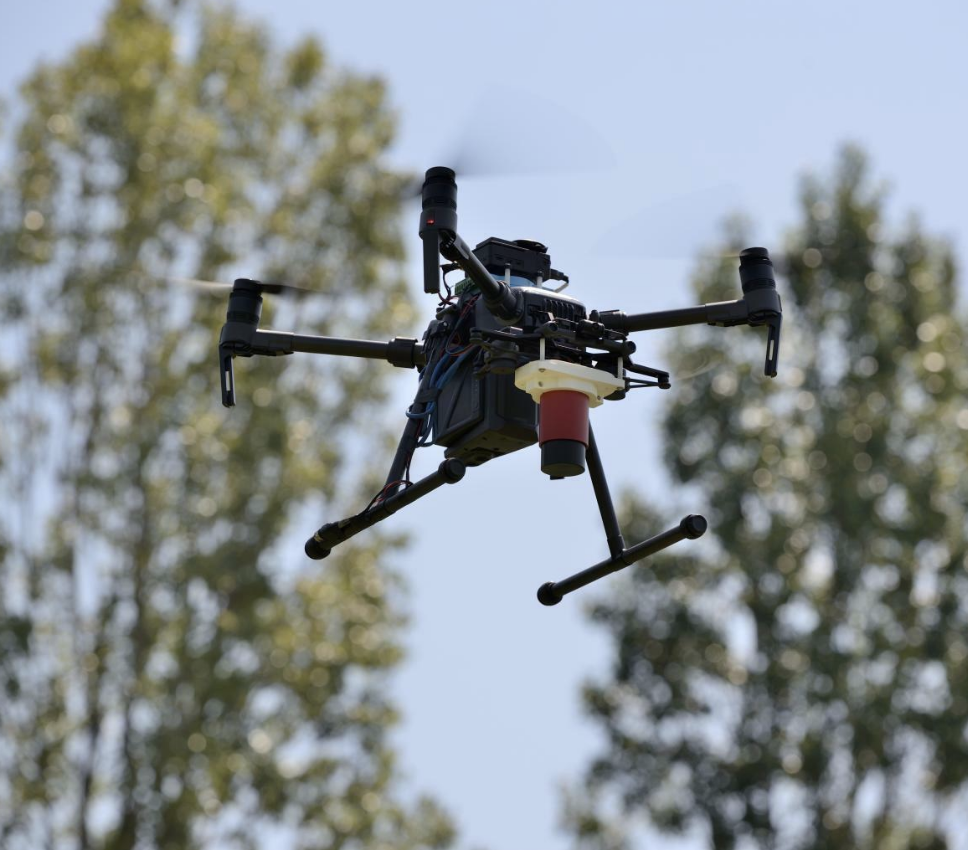